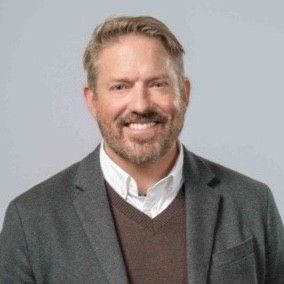 About Office of Broadband and Digital Literacy

California has been trying to close the digital divide since at least 2007. Still, many communities across the state still had a hard time accessing the Internet during the height of the coronavirus pandemic.

So the state is redoubling its efforts. Governor Gavin Newsom and the state legislature have embarked on a $6 billion infrastructure buildout over the next three fiscal years starting in 2021.

The $6 billion comes from a mixed funding stream coming from the state's general fund and from federal American Rescue Plan Act (ARPA) fiscal relief funds, according to the California Legislature's Legislative Analyst's Office (LAO.) The LAO has more details on the state's spending plans and timelines.

The California Public Utilities Commission is implementing the rules surrounding the roll-out of grants funded by federal infrastructure spending. The CPUC's proceedings can be followed here.

Newsom announced 18 middle mile projects in November 2021 as part of his broadband plan.

The CPUC created the California Advanced Services Fund (CASF) in 2007.

The goal was to facilitate broadband access to "unserved" and "underserved" areas of the state.

As of July 2020, the CPUC estimates that 490,413 Californians statewide lack access to the Internet with speeds of 25 Mbps x 3 Mbps.

That is the federal definition of broadband from the Federal Communications Commission. California's 2020 broadband plan states that its leaders defines “broadband” with “dual” definitions. "(1) a baseline definition to
match the FCC standard of 25/3 Mbps and (2) a goal of 100/20 Mbps that reflects the Governor’s Executive Order of a minimum of 100 Mbps download, and growing demand for higher upload speeds."

These are the working definitions when the state considers grants.

The fund is allocated into multiple accounts:

The Broadband Loan Loss Reserve Fund: The CPUC administers The Broadband Loan Loss Reserve Fund to fund the financing of the deployment of broadband infrastructure by a local government agency or nonprofit organization (Senate Bill 156, Public Utilities Code Section 281.2). The fund pays costs of debt issuance, obtaining credit enhancement, and establishing and funding of reserves for paying principal and interest on debt.