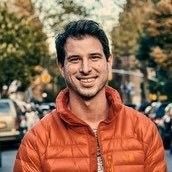 Governor Kathy Hochul announced $1 billion in broadband investments in an effort to transform the state’s digital infrastructure and bring affordable broadband to New Yorkers in her 2022 State of the State address. It will be the largest investment ever made in New York's infrastructure in the 21st century.

The plan will provide “over $1 billion in new public and private investments” in both rural and urban areas across the state.

The investment “includes a state investment of up to $300 million, boosted by $345 million in federal funding as well as hundreds of millions of dollars in additional federal funds from the IIJA,” according to the address.
New York maintains an online portal to help New Yorkers find information on affordable Internet plans as well as provide information on the Federal Lifeline program and Affordable Connectivity program.

The state Public Service Comission is currently compiling a Broadband Mapping Consumer Survey to identify the availability, reliability and cost of high-speed broadband services across the state. It's due to issue its report and recommendations by May 2022.

According to Hochul's press release, New York's interactive map will:

“focus on the status of broadband service at the address level. As part of the research, the Commission has sent letters to all providers in New York informing them that it has contracted with ECC Technologies, a New York State based company with expertise in technology and communications consulting, who will be seeking detailed information on their broadband service information, including service areas at address level, upload and download speeds, network infrastructure type(s), pricing, and other necessary data, to be used as the basis for the broadband map and report.”

The report will include the overall number of residences with access to high-speed internet, and it will identify which areas are served, unserved and underserved. It will also conduct a regional survey of internet service prices in comparison to county-level median income; and any relevant consumer subscription statistics.